Analysis on the Spread of Covid19 Pandemic in University Campuses 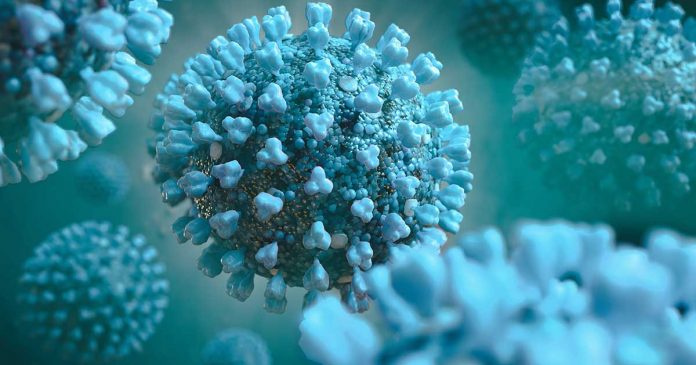 Questions about the fall — whether to open campuses, how to deal with residence halls — have been swirling since instruction first went remote in March.

Researchers are now trying to answer some of those questions, or at least, to provide some suggestions. A new working paper from professors at Swarthmore College and the University of Pennsylvania models the spread of COVID-19 in a large university setting to examine what mitigation efforts are most effective against the spread of the disease.

“It’s very anxiety-producing to read lots of op-eds where people are doing their best to sort things out,” said Philip Gressman, a mathematics professor at the University of Pennsylvania and one of the co-authors of the paper. “Every time I read one, I just want to know, where’s the science? We just weren’t seeing it, so we decided we would jump in.”

Jennifer Peck, an economics professor at Swarthmore and co-author of the paper, said that as academics, the two were keenly interested in trying to answer questions about their workplace and community.

The model examines a hypothetical large university of 20,000 students and 2,500 instructors who interact daily for 100 days. The mean class size in the simulation is 24 students, with 90 percent of classes having 50 students or fewer.

Each day in the model, there is a 25 percent chance that one individual on campus not in quarantine, who has not already been infected, can become spontaneously infected by nonuniversity contact, a rate researchers said was rather low compared to other estimates.

In the absence of any intervention at all, the model suggests that all susceptible community members would acquire COVID-19 by the end of the semester, with peak infection rates between 20 and 40 days into the semester, even if the semester begins with no infections.

The model finds that moving classes of more than 30 students online is a very effective measure to avoid infections. That intervention also allows small classes to use large class spaces, like auditoriums, which has a small but measurable impact. Requiring masks is moderately important, researchers found, with random testing and contract tracing having the lowest individual importance for decreasing infection.

The American College Health Association, in its guidance to universities, also recommended class sizes of fewer than 30 students, along with implementing a hybrid mode of instruction for the foreseeable future.

The new model also had implications for the importance of testing accuracy and academic continuity.

“When we ran the model, we were getting these crazy quarantine populations, and it was totally driven by the testing accuracy that we see in the data on tests that are available now,” Peck said.

Even if the university has no infections, testing 3 percent of the community per day with a false positive rate of 0.8 percent would result in 5.4 false positive tests per day.

If contact tracing results in 10 to 20 additional people quarantined per each positive test, a university with no true infections could send 54 to 108 people into quarantine each day, just from false positives. That would come out to 750 to 1,500 individuals in quarantine at a given time.

Increased testing accuracy could help avoid runaway quarantine populations. A simulation run with “high-accuracy testing” — roughly equivalent to a policy of mandatory retesting of every positive result — resulted in a much lower quarantine population and a lower number of unique individuals experiencing quarantine throughout the semester.

“All instructors need to prepare for extended student absences due to quarantine,” researchers wrote in the paper. “In our best-case scenario, classes spend an average of 1-2 weeks of the semester with at least 10% of the students absent due to quarantine. For this reason, we expect that even small classes which are permitted to meet in person will still need procedures in place for continuity of instruction for quarantined students.”

ACHA’s guidance also recommends remote options be available for vulnerable students and those in quarantine.

Peck and Gressman also concluded that it will be extremely important for students to refrain from all contact with one another outside of academic and residential settings. (In a residential setting, the study assumed students will each have one close contact — their roommate.)

“Even very small rates of contact in large group settings like dining halls or parties may be sufficient to sustain an outbreak on campus regardless of any other protective measures which have been put into place,” they wrote in the paper.

“If students aren’t inclined to forgo optional social contact, that’s the kind of thing that can overwhelm any kind of mitigation strategies,” Gressman said. “There’s a lot of talk about what’s going to go on in the classroom and are they going to put up barriers and things like that. That stuff is really important, but one of the takeaways should be, ‘It’s time to move the conversation forward.’ Because it doesn’t matter what you do in the classroom if you don’t manage all those other aspects as well.”

College administrations, in the many fall reopening plans they’ve released, have been wary to touch on social contact between students and how — or whether — it will be prevented. Punitive measures will likely be unpopular with students.

The two researchers are submitting the paper to journals, but they are hoping things move quickly.

“It’s much more time-sensitive than anything I’ve ever worked on before, and we want to get our findings out there right away so that people who are in positions of authority have a chance to incorporate our findings in their actual decision-making process,” Gressman said.

The two believe there is still work to be done on modeling small colleges and nonresidential campuses.

“There’s reason to think that a liberal arts college like where I work, where classes tend to be small anyway and there’s probably a lot more overlap of social groups and residential structures, is probably importantly different,” Peck said.

You can read the paper below:

Simulating Covid19 in a University Environment