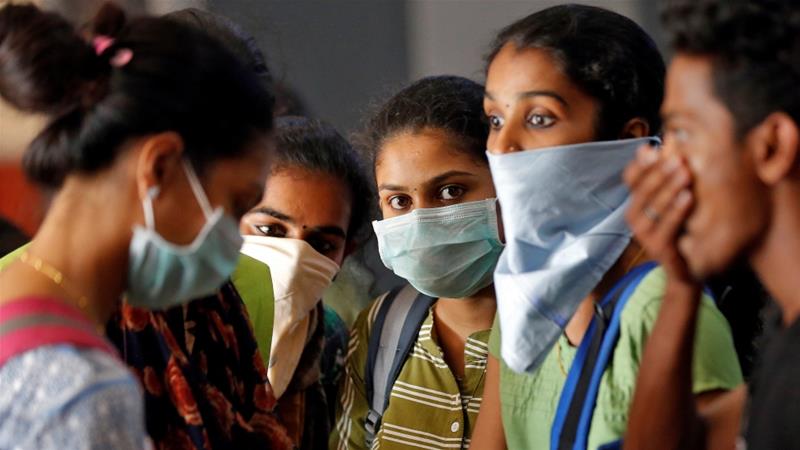 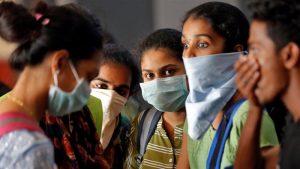 Hundreds of Indian students have been stranded in Italy, Malaysia, the United Kingdom, United States and the Philippines amid lockdowns and travel disruptions due to the fast-spreading COVID-19 pandemic.

The Indian government says it is making efforts to bring them back, but parents of students stuck abroad have been putting pressure on the authorities to act fast, fearing their children could fall sick in a foreign country.

Indian authorities have already brought back Indian students stuck in Italy, given the serious coronavirus situation there – Italy has seen the highest number of deaths at 6,820 as of 25 March – and some 70,000 COVID-19 cases so far during the pandemic, which has affected around 408,000 people in total around the world.

The authorities also shifted students stranded in Malaysia to hotels and hostels after the Malaysian government imposed a ‘Movement Control Order’ from 18 March restricting travel.

Indian officials are also reaching out to Indian students in the UK and the US to respond to their concerns.

The diversity of destinations for Indian students to study abroad has increased in recent years, which means there are Indian students almost everywhere, and this poses a problem for the Indian authorities to bring them back during a crisis, and makes for stressful times for families who may be worried about countries they are not so familiar with.

Hundreds of students were evacuated from Iran – another badly affected country – in mid-March.

Indian students first began to be evacuated from Wuhan, China, the epicentre of the coronavirus outbreak, with the first flight on 31 January, a week after Wuhan went into lockdown.

Stranded in the Philippines

Priya Dular, from Jhunjhunu in India’s northern state of Rajasthan, is a student at Emilio Aguinaldo College of Medicine in Manila, who was stranded by India’s sudden announcement on 17 March that it was banning entry into India of passengers from Malaysia, the Philippines and other countries. It then announced a blanket ban on international arrivals of non-Indian citizens from 22-31 March so that many airlines refused to fly to India.

Priya’s anxious father, Vinod Dular, said the Indian students “stayed in Manila airport for three days from 16 to 18 March and finally returned to their place after they were not allowed to board the flight”.

“These are really difficult times for us. However, we are waiting for the Indian authorities to take us back. We are hopeful that soon we will be in India. We have stored enough food items and are hoping for the best,” Priya said from Manila.

Priya’s elder sister Vishakha was studying in China and had returned last month.

According to India’s embassy in Manila, there are some 16,000 Indian students in the Philippines, almost all of them studying medicine. Requests have been received from several hundred students expressing a desire to return home, the embassy said.

Student Isha Shukla is also stuck in the Philippines. “Students from Iran and Italy have come back. So I believe that my daughter will also be in India soon,” her father Ashok Shukla said, adding: “We are in constant touch with the [Indian] Ministry of External Affairs. They assured us they are making every effort to bring them back.”

Around 60 Indian students, mainly medical students from the Philippines, returned to India on 20 March after they flew to Singapore, but were stuck at the airport there.

Dammu Ravi, additional secretary in India’s Ministry of External Affairs and the special coordinator for COVID-19, told reporters in a weekly briefing in New Delhi: “Definitely students are our priority and other Indian nationals, too.”

“Students and other nationals should approach the missions and take guidance and stay put at that place because it is not in anyone’s interest, not even in their [own] interest, to come back and then think that you know it is a safe environment in some other place,” said Ravi.

Ravi added: “We believe that it is a temporary situation; we will overcome this collectively.”

National passenger carrier Air India on 22 March brought back a group of 263 Indians from Rome, including students from Italy. All evacuees were sent to a quarantine centre outside Delhi run by the Indo-Tibetan Border Police after thermal screening.

Students stuck in Italy had initially raised concerns that India’s requirement of a COVID-19 free certificate, compulsory for travellers to India from Italy, had caused concerns as Italian hospitals are closed to anyone who does not have symptoms of coronavirus, making tests in Italy impossible.

Earlier, the Indian Health Ministry said it would assist Indian students stranded in Italy to undergo the COVID-19 tests and ensure their safe return, but India’s consulate general in Milan could not provide accommodation to stranded students due to the transport blockade in Italy.

Hundreds of Indian students stuck in Malaysia amid a coronavirus lockdown were on 21 March taken to different hostels and hotels in close coordination with local NGOs and community organisations, the High Commission of India in Kuala Lumpur said. Some students had been stuck at Kuala Lumpur airport for almost a week.

In the UK, the High Commission of India in London said it would help arrange accommodation for stranded students and said it would engage with the UK authorities on Indians whose visas are due to expire but who are currently unable to leave.

Many Indian students, who booked last-minute tickets to try to beat India’s restrictions on international arrivals, reached various airports in the UK and were stranded. They were required to get letters from the High Commission in order to board flights to India.

Up to 300 Indian students were stranded at London’s Heathrow Airport after 18 March, unable to leave.

According to one source, around 50 Indian students at British universities were provided shelter by the High Commission in London. “The visa section has a huge floor where they are sleeping,” a diplomat said on 22 March. The students were later moved to hotel accommodation.

The British government on 24 March granted visa extensions until 31 May for Indian citizens currently in the UK who are unable to travel to India and elsewhere due to travel bans in various countries.

Meanwhile, the Indian Nationals Student Association has put together a team to “provide guidance and support to all students in the UK”.

In the US, the Indian Embassy in Washington has requested the US government to address concerns of Indian students in the wake of the shutdown of universities and academic institutions. Over 202,000 Indian students are enrolled in various educational institutions, most of them in science, medical and technology streams, according to Open Doors data in 2019.