German Universities have Postponed the Start of the Summer Semester 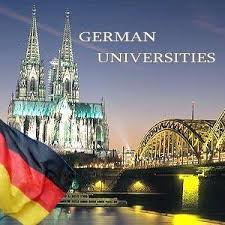 Universities in Germany have postponed the start of the summer semester by several weeks as part of the country’s efforts to stem the coronavirus pandemic. The crisis is having a severe impact on academic exchange.

University lectures would normally start on 1 April, but the break between the winter and the summer semester has now been extended to 20 April. Federal Minister of Education and Research Anja Karliczek has announced that the temporary closure of institutions, decided on by the 16 individual state governments, will not affect payment of federal student grants, as initially feared by Deutsches Studentenwerk (the German National Association for Student Affairs).

And Peter-André Alt, president of the German Rectors’ Conference or HRK, has assured students that in cases where forthcoming tests are having to be cancelled, fair solutions would be found for those concerned based on the existing exam regulations, protecting them from being disadvantaged.

Alt stresses that institutions are above all seeking to maintain teaching and are assisting students via digital services, while research activities, whenever possible, are being continued with strict observation of safety regulations for individuals.

However, many students who have to work part-time to support their studies are worried that they could lose their source of income. This applies in particular to the catering sector, where restaurants, bars and cafes are now subject to stringent opening hour regulations.

The Deutscher Gewerkschaftsbund (German Trade Union Confederation or DGB) has set up an online service to provide advice to students who run into difficulty with their part-time jobs, including for non-members.

With the World Health Organization now officially having classified Europe as the new epicentre of the novel coronavirus pandemic, the German Academic Exchange Service (DAAD) fully accepts the need for drastic measures such as border closures and reduced airline services, although it notes that they are impacting heavily on academic exchange. The organisation is reckoning on restrictions possibly lasting for several months. It has announced further measures to support efforts to cope with the crisis at university level.

Germans supported by DAAD grants abroad will be offered favourable arrangements to return home if they wish to do so. Applications to go abroad for the winter semester will continue to be accepted and processed, and committee appraisal of applicants will at least partly be performed either via video conferencing or on the basis of written documents, to avoid physical contact and travelling. Grant holders unable to travel back to their home countries will have their grants extended until they can return. And DAAD itself has cancelled all staff journeys abroad.

“It’s a good sign that the insights and recommendations of epidemiologists and virologists, and hence of science and federal, state and European Union level and by many other responsible bodies are being taken very seriously throughout the world,” says DAAD President Joybrato Mukherjee.

“Humanity is facing common challenges, and, sharing a common destiny, we have to realise that we can only tackle these challenges with a common effort. It is encouraging to see that science, in its worldwide collaborative effort to achieve a swift development of new therapies and a vaccine against SARS-CoV-2, is setting a good example of assuming global responsibility.”