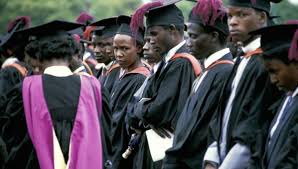 Egypt, Tunisia, Libya, Morocco, Mauritania and Sudan have followed Algeria in closing universities temporarily as part of wider efforts to halt the communal spread of the coronavirus in North Africa.

Egyptian President Abdel Fattah el-Sisi announced the closure of universities for a two-week period beginning Sunday 15 March, according to a Facebook statement by the presidency.

The total number of positive cases detected in Egypt is 109, including seven students, according to local news reports. Two coronavirus-related deaths have been recorded thus far.

A day before the call to shut institutions, the American University in Cairo (AUC) announced in a statement on 13 March that it was moving the spring break, previously scheduled for 12 April to 15 March.

The week-long break would be used to hone “preparations to shift all possible instruction to online formats”, and to “develop policies, technologies and procedures to test new remote work arrangements for selected administrative staff”. Thereafter, a two-week test of online instruction would begin, it said.

The initiatives were in addition to steps already taken to contain the virus, including cleaning and disinfecting of indoor spaces and vehicles, and the cancellation and restriction of travel and public events.

The AUC has also launched a website to provide the latest information about AUC’s actions to respond to the spread of COVID-19.

Despite there being no recorded cases of coronavirus infections in Libya, the Ministry of Education, which is part of the UN-backed Government of National Accord led by Fayez al-Sarraj, issued a statement on 13 March announcing the closure of universities for two weeks, starting from Sunday 15 March.

According to the statement, the decision was taken as a precautionary and preventive measure due to the spread of the epidemic in neighbouring countries. It said universities and higher education institutions should liaise with the ministry about alternative online programmes.

In the Benghazi region, which is controlled by the eastern-based Libyan government, headed by self-proclaimed Field-Marshall Khalifa, the closure of universities for two weeks has also been announced.

In Morocco, where the number of cases was reported to be 18 as at 15 March, the Ministry of National Education, Vocational Training, Higher Education and Scientific Research has announced a temporary nationwide shutdown for private and public universities and schools starting on Monday 16 March.

“This has nothing to do with the adoption of exceptional school holidays. Compulsory attendance classes will be compensated by distance learning”, the ministry said.

In Tunisia where there have been 16 confirmed cases of infection, mostly among recent arrivals from Europe, the Ministry of Higher Education and Scientific Research has announced that the spring vacation for all public and private universities will take place from 12 to 30 March.

The ministry has also postponed missions and internships abroad for students, professors, researchers and higher education and scientific research personnel until further notice.

In the West African nation of Mauritania the government announced on 14 March the closure of all educational institutions for one week, according to Mauritania News Agency. The country’s first case of the coronavirus was detected in a foreigner who entered the country on 9 March from Europe, according to the Ministry of Health.

Sudan, which had one confirmed case of coronavirus in a man who died on 12 March, has decided to close public, private and foreign universities and higher education institutions for one month and ban public gatherings to prevent the coronavirus from spreading, according to a 14 March statement by the Sudan Council of Ministers.

Magdi Tawfik Abdelhamid, a professor at Cairo’s National Research Centre, welcomed the suspension of classes at universities and other higher education institutions in affected North African countries, given the continued spread of the virus and the lack of specific treatments to address it.

“Universities have a responsibility for taking care of students’ health,” Abdelhamid said.

“While shifting to smart education and virtual learning will be helpful, it faces several technical and scientific challenges, including internet access and connectivity…there are also disciplines that require practical exercises,” he said.

Abdelhamid said all North African universities should join forces and set up a digital coronavirus health resources hub. He suggested there was a need for a “virtual database for educational best practices in the time of the health crisis, along with an e-guide for emergency educational plans”.