US overtakes UK as “best in world” for education 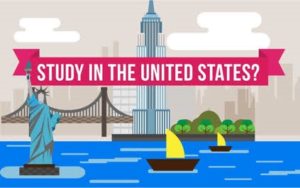 The US is perceived as the top country in the world for education, having overtaken last year’s top spot holder the UK, according to a survey by U.S. News & World Report. The 2020 ‘Best Countries’ rankings, which surveyed 20,000 people from across the globe, also rated the United Arab Emirates as the best country for study abroad.

The “Best Country for Education” list is based on three factors – whether the countries provide top-quality education, having a well-developed public education system and if people would consider attending university there.

With the UK, Canada, Germany and France taking second to fifth places respectively, the report contends that “North American and European countries are seen to provide the best education in the world’s future leaders”.

The remaining top 10 countries perceived as best for education are all in Europe apart from Australia, which is ranked in the seventh position.

The US, along with China, dominated the US News & World Report 2020 Best Global Universities Rankings, which was released in October last year.

The ranking also list the best countries to study abroad, with the United Arab Emirates taking the top position in 2020, with last year’s top country Malaysia sliding down to number 11.

The UAE is followed by South Korea, China, India and Turkey in 2020.

The best countries to study abroad section was based on answers from more than 8,500 adults under age 35.

They were asked to score countries based on their cultural accessibility, fun, number of cultural attractions, whether they would consider attending university there and whether it was a country that provides top-quality education.

“Despite historical trends that show the US and the UK to be the countries that attract the most international students each year, young adults’ perceptions ranked countries primarily in Asia with less established –but promising – economies as the best countries to study abroad,” the report concluded.